TOP 10 AMAZING ROBOTS THAT HELP INDUSTRIES AND HOMES IN JAPAN 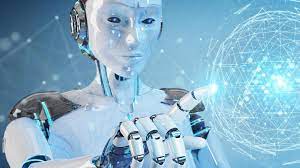 Robotics in Japan is flourishing in recent times with multiple different kinds of robots for industries, businesses, and household chores. Japan is one of the top countries across the globe to lead the robotics race with automation and RPA. It is very popular for manufacturing industrial and mobile robots with the top Japanese robotics companies such as Kawasaki, FANUC, Mitsubishi, and many more. Robots made by companies in Japan include a variety of robots such as humanoid robots, humanoid entertainment robot, animal robot, social robot, guard robot, and many more. Let’s explore some of the top ten amazing robots in usage in Japan in 2022 and beyond with smart functionalities.

Robotic violinist
Toyota Motor Corporation introduced a humanoid robot that can play violin with a group of musical robots. It is five feet tall with an amazing ability to learn how to play violin with its arm and 17 computer-controlled joints and flexible fingers.

ASIMO
ASIMO is one of the top robots in usage in Japan with the advancement in robotics and automation. This mobile robot is an advanced humanoid robot with a height of four feet three-inch and 52 kg. It can either work from a workstation or remote control.

RI-MAN
RI-MAN is the first robotics in Japan designed for lifting and carrying senior citizens as per their needs. It was developed by RIKEN’s Bio-Mimetic Control Research Centre where this robot holds the power to see, smell, and hear— the key functions to recognize emergencies in senior citizen homes.

Paro
Paro is a cuddly and furry robot baby seal that showcases the advancement of robotics in Japan. Automation has helped in modelling a Canadian harp seal from the National Institute of Advanced Industrial Science and Technology. It can blink at people with its robotic eyelashes, move its tail, and is used in nursing facilities.

Chef Morimoto
Chef Morimoto is one of the top cooking robots in Japan with a dual-arm, 1.4m tall, and weighs 220kg. It can bake some Japanese pancakes for dinner, with the latest model known as SDA-10.

Robotic Arm
Robotic Arm Edge is known as one of the top useful robots in Japan with automation and RPA. It is easy to move while depending on the manual controls. This robot is programmable to teach different tactics and strategies.

AIDO
AIDO is one of the top robotics in Japan with a combination of entertainment and convenience in one humanoid robot. This robot can read stories to kids while acting as a personal assistant with other smart devices.

CUE
CUE is a piece of evidence of how advanced is robotics in Japan. It is a basketball-playing robot that is 190cm taller than an average NBA player. It can squat and throw but cannot pick up balls without any help.

FORPHEUS
Since Japan is highly popular in the world of table tennis, Omron introduced the world’s first robot table tennis tutor known as FORPHEUS, or Future Omron Robotics Technology for Exploring Possibility of Harmonized Automation with Sinic Theoretics. It leverages machine learning to improve the necessary skills and techniques to be the number one in international tournaments.