Rogers outage: Millions to get credits over internet and mobile blackout 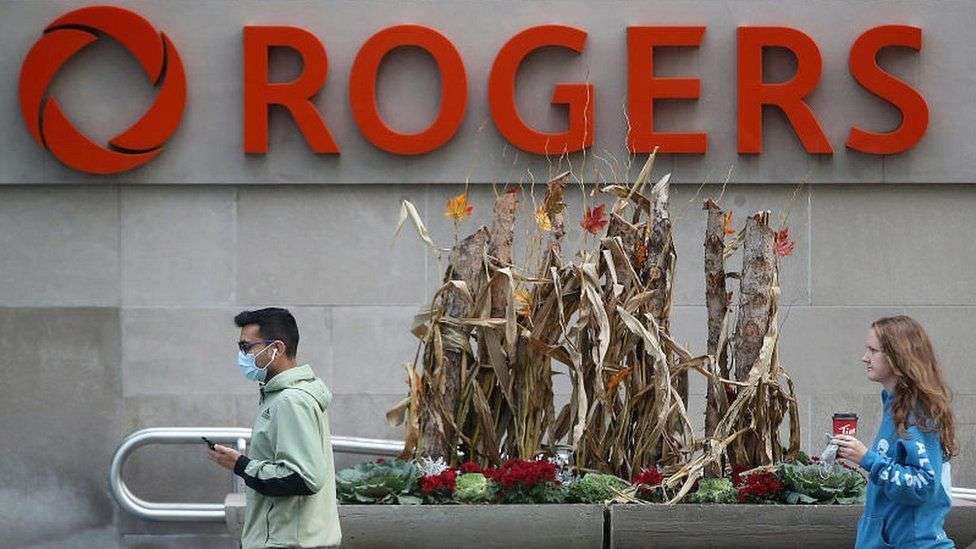 Canadian mobile and internet giant Rogers says it will give credits to millions of its customers after a nationwide outage last week.

In a statement posted late on Tuesday, the firm said users will receive “the equivalent of five days service”.

The outage – which lasted for more than 15 hours – also affected transport, banking and emergency services.

Regulators have ordered the company to provide an account of “why” and “how” the disruption happened.

Rogers is one of Canada’s largest telecoms companies with more than 11m subscribers.

The firm said it has been “listening to our customers from across the country who have told us how significant the impacts of the outage were for them”.

It said in a tweet that it would credit customers with five days’ worth of service, instead of the two days it had previously offered.

“The national outage of telecom services that millions of Canadians experienced in the last few days is unacceptable. Full stop,” Canada’s industry minister Francois-Philippe Champagne said in a tweet on Monday.